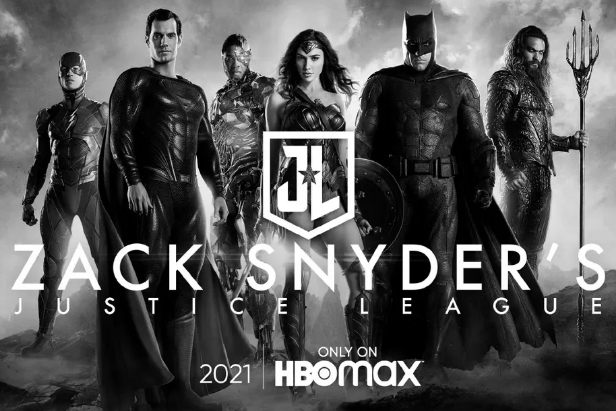 Readers of this blog will know that I am not only a gigantic DC Comics fanatic, but I am a great admirer of Zack Snyder as a director.  Batman v. Superman: Dawn of Justice is the best movie of the 2010's and Snyder is ranked for me as the 19th greatest director of all time.

You can imagine how excited I was to go and see Justice League when it originally came out in 2017.  Snyder had finished principle when his daughter took her own life.  At first he tried to bury his grief in working on the film, but he saw how much his family needed him at home instead of at the studio.  As a result, he did the right thing and walked away from what could have been a career-defining project in order to take care of his family.  He wrote "In the end, it's just a movie."

Joss Whedon was tapped to finish the film.  When I saw the theatrical release, I wrote this:

As always, director Zack Snyder has made a film that is gorgeous to watch.  Even though he left the project early because of a family tragedy, replacement director Joss Whedon keeps much of that same aesthetic intact.You cannot review this movie without addressing this directing shake-up.  It is clearly evident in the movie.  This film was intended to be the capstone of a Zack Snyder DCEU trilogy.  And there are times when you can feel the thematic and tonal ties to Man of Steel and Batman v. Superman.  But then Whedon plays around in this world, but tries to make the film more like his breakout hit The Avengers.  Rather than letting the two styles harmonize completely, it feels like the movie cannot commit to a tone.  You see this most especially in Ben Affleck's performance.  His performance in Batman v. Superman is nuanced and powerful, always smoldering with barely-contained rage.  And there are many scenes where this can be seen in Justice League.  But then there are scenes where he comes off as relaxed and aloof like Tony Stark.  I would stake my paycheck that those latter scenes were filmed by Whedon.  Neither performance is bad, mind you.  But it feels a bit inconsistent.

But apparently, Whedon's revision was less of a polish and more of a complete overhaul.  Snyder said recently that only about 25% of his original footage made it into the final theatrical cut.  That means that Joss Whedon directed 75% of what we saw on screen.  For years, fans have been clamoring Warner Bros. to "Release the Snyder Cut."  This call to action was made under the belief that Snyder had made a cut of the film that was laying dormant in some film vault on the Warner lot.  I must admit I tangentially participated in this crusade on social media.  But I never truly believed that we would ever see it.

It was just announced today that HBO Max, which is launching its new streaming service soon, will have the Snyder Cut on their platform in 2021.

To be honest, if they announced that it was coming out launch, I would have pre-ordered my subscription today.

There are a lot of rumors going around, so I do not know what is actually true except that the "Snyder Cut" has been greenlit and will be shown.  The rest of the news is on shakier ground, but I still find it fascinating.

The film still needs to be finished, so Warner Bros. is coughing up another $20-30 million for special effects.  However, the rumor is that included in that budget are potential reshoots with the cast.  Ben Affleck has been my favorite cinematic Batman and I love the idea of him donning the cowl again to give his time as the Dark Knight a proper farewell.

The other rumor is that this cut is going to be four hours long and will be divided into 6 episodes.  While this may have been too much to watch in one theater sitting, I could definitely see myself binging the whole thing in an afternoon.  Also, this may give more room for the characters to be introduced and full character arcs.

I am not sure how the movie will overcome its biggest deficit: Steppenwolf.  While the CG can be improved, he lacked the gravitas that the main villain of a movie of this scale should have.  And to be sure there is no guarantee that this cut will please the fans who have been clamoring for it in the last few years.

Regardless, I am incredibly happy that Warner Bros. listened to its fans and are giving Snyder the opportunity to finish his super hero opus.  As I said, I will be purchasing a subscription.  Because if studios like this are going to listen to fans like us, then we need to show them our support with our dollars as well as our voices.

Posted by Catholic Skywalker at 6:30 PM