The amazing DC Universe Rebirth has become a jumping off point for hitting the reset button on a number of comics.  But unlike most big event reboots, DC is rolling these out at a more gradual rate.

The plan seems to be to publish a standalone issue of series under the "Rebirth" banner.  After that, most but not all of the books will begin again with issue number one.

From a sales perspective, Rebirth has been a huge hit for DC, bot commercially and with the fans.  Anecdotally, my comic book dealer tells me that they can't keep the rebirth books in stock and have had to order 2nd and 3rd printings, which is a good sign.

Below are my initial takes on the Rebirth titles so far.  There shall be more coming, so this will only be part 1. 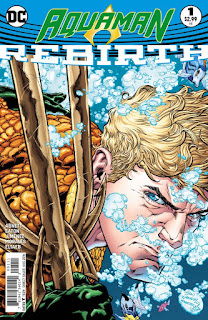 Abnett does a decent job of getting us to speed with the king of Atlantis and building off the foundation Geoff Johns built in 2011.  He already brought in the big gun: Black Manta.  I am curious to see how this develops. 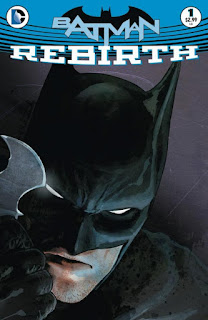 The single issue was an interesting slice of life as Batman pulls away from being the loner and embraces more the mentor role.  However, the subsequent series has been much more fascinating, by introducing super-powered heroes into Gotham in a way that feels fresh. 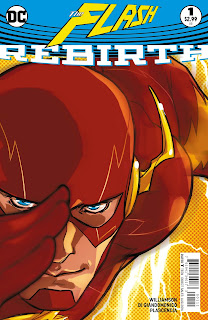 This one is the most direct follow-up to the events of DC Universe Rebirth.  The art is a little funky for me, but the story was decent.  I like the idea of a more expansive world of speedsters. 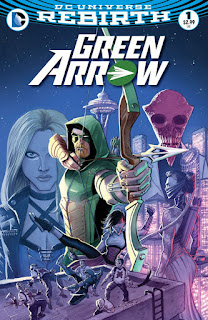 This has been one of the most popular with fans, but it just didn't grab me.  The art is too disjointed for me and I actually am one of the few people that doesn't enjoy Oliver Queen's heavy preachiness, which is something book is embracing.  I was hoping that the writers would continue on with Felicity Smoak, but they are reverting to Dinah Lance as the love interest, which is fine.  I just wish it was done with more heart and less angst. 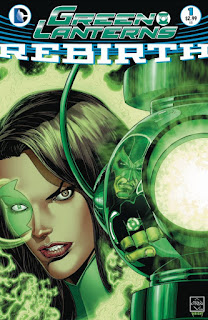 This is a fun cosmic buddy-cop book with the rookie Green Lantern Jessica Cruz and the rookie-but-acts-like-he's-a-veteran Simon Baz.  Their personalities are different enough to give this book some sparks and intrigue 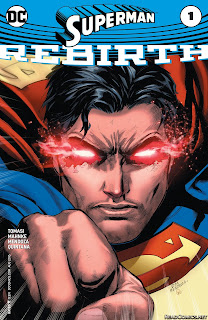 Peter J. Tomasi is one of the most underrated writers in comics.  And his take on the Superman family is exciting and heart-felt.  Superman really is the paterfamilias of superheroes so it feels only right that we see him in that fatherly role.  At the same time we get to experience the childlike sense of wonder at these powers through his son Jonathan. 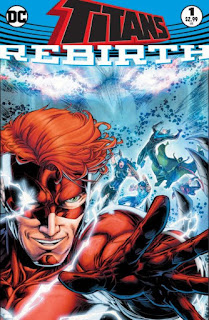 There still seems to be a lot of baggage from the last few years of New 52 Titans that this issue attempted to clean up, but it was so much fun to see the core group from the original New Teen Titans back together again. 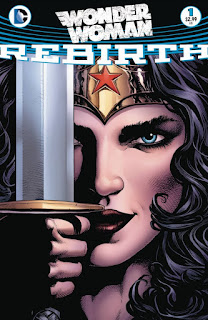 This series might have the most potential of all of them.  I am so intrigued by the idea of every other issue returning to tell the story of Wonder Woman Year One.  And that has been a real treat.  I haven't enjoyed a Wonder Woman book this much since Gail Simone was writing.

Batgirl and the Birds of Prey Rebirth 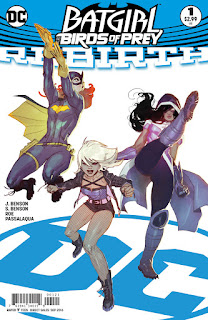 While the art could be improved, the writing is incredibly sharp and very reminiscent of James Robinson's work on Starman.  Getting into Barbra Gordon's head and revisiting her time as Oracle is great.  However I have to say I was disturbed that the issue has one of our heroes murder a priest in a confessional.  I'm sure more will come out about that, but visual imagery is disturbing to say the least. 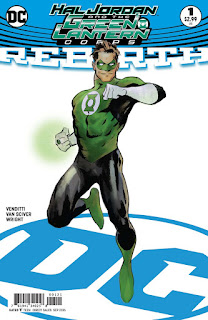 This has been my favorite single issue of the Rebirth books.  Rob Venditti had a tough act to follow when he took of Hal Jordan's story after Geoff Johns left, but he has been doing admirably.  But with Ethan Van Sciver's art, this story was just a complete pleasure to read through as Venditti set the board with his cast of characters and reminded us why of all the Green Lanterns, Hal Jordan is preeminent. 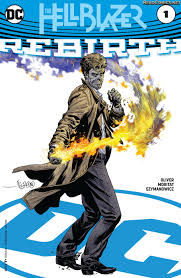 I have never been a huge fan of John Constantine.  The plot here is serviceable, but it definitely feels like a wasted opportunity.  If it had been sharper I might have been inclined to continue on with it. 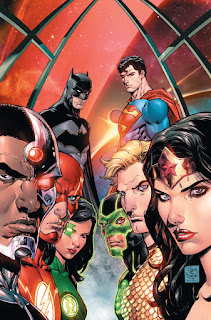 I was not a fan of Hitch's recent JLA run and so I am less enthusiastic about this relaunch.  There is nothing terribly bad about it and the art is very good.  But I feel like we are replacing deep character stories for big action spectacle. 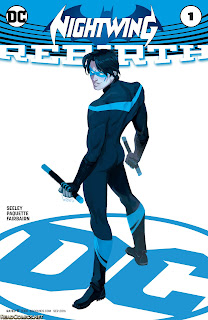 There were a lot of loose ends to tie up from the recent Grayson series, but I think this issue did it fairly well.  But the best part is watching Dick interact with Damien and Bruce and really feeling those familial relationships. 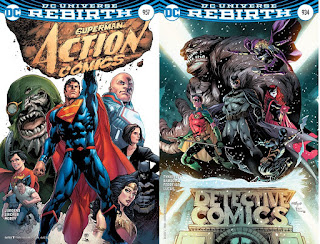 This has also been one of the most enjoyable books so far in that it brings members of the Bat-Family together: Batwoman, Tim Drake, Spoiler, Cassandra Cain, and Clayface.  Watching them begin to work as a team has been a lot of fun.

This book is attempting to fix the mess that occurred in the Superman books under DC You.  The first few issues have been enjoyable, but it feels like they need to get the story moving sooner rather than later. 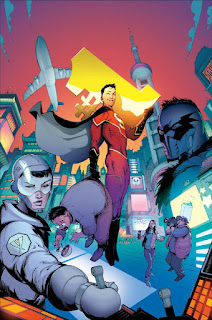 This is the title I think I liked the least.  I understand the concept of taking an unlikeable person and slowly developing their character.  But the hero of this book is so revolting I have no interest in going any further.

Posted by Catholic Skywalker at 1:13 PM