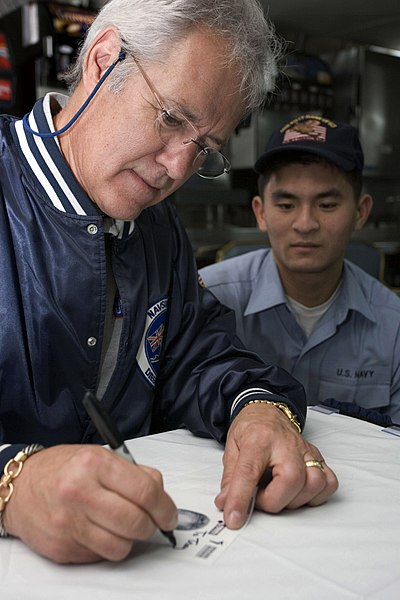 It is so strange when someone who has been in your life for so long is suddenly not there.

Alex Trebek is known to most of us as the host of Jeopardy!  I also remember him from the daytime TV game show Classic Concentration.  But Jeopardy! was where I encountered him the most.  I remember watching the show with my family, particularly my big brother.  We even got a device that let you play along with contestants on TV.  We would, of course, bet everything on the Daily Doubles and more often than not we would lose it all.  But it didn't matter, because it was so much fun.

Trebek was such a reassuring presence on the TV.  Unlike most game show hosts, Trebek never tried to make himself the center of attention.  He was always charismatic and witty, but he didn't try to dominate the time with lots of jokes or funny expressions.  He took the game seriously and the constants seriously.  And because of that, we took the game seriously too.

When people answered correctly, he had the tone of an encouraging teacher.  When they were wrong, there as sympathy in his tone that never let you feel too discouraged.  For some reason, I felt like if I met him, I'd want to impress him.

The thing that marked him most was his humility.  If you read his interviews, he was someone who always felt that the show was bigger than him.  He also downplayed the affection that the audience had for him.  While he was confident and decisive, you rarely found any trace of ego.  He never made it about him.

This was true even when he was diagnosed with pancreatic cancer, the same cancer that took my grandfather.  Trebek kept going to work and showing us how to carry on with dignity.  He could have done a big farewell season and soaked in the decades of admiration from the viewing public and no one would find fault with it.  Instead, he continued doing what he loved until the day he couldn't.

I read somewhere that he was often tempted to depression, which is understandable.  When my mother received her cancer diagnosis, she fell deeply into a depression that overshadowed her until she passed.  But Trebek said that he fought hard against this feeling, because it would a betrayal to his wife, his family, his fans, and God.  I do not know how accurate this quote is or what Trebek's relationship with God was like.  But to the public eye, he appeared to be living this ideal as best he could.

For someone who downplayed how much he was loved, it has been interesting to see the overwhelming tone of sympathy from well-wishers all over the world.  Alex Trebek had a sense of class that is rare today and he commanded respect without demanding it.  To all appearances he seemed to be a genuinely decent person.  His work on Jeopardy! inspired many people, myself included, to find joy in learning.

And that is not a bad legacy to leave.

There will never be another.

Who could ever replace Alex Trebek?

Posted by Catholic Skywalker at 9:18 AM