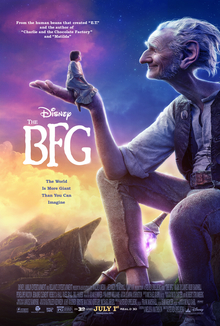 This is much more a Disney movie than a Spielberg movie. Specifically, I am referring to the classic Disney Live-Action films of the 1960's-1970's like Mary Poppins, Bednobs and Broomsticks, The Absent-Minded Professor, and Swiss Family Robinson.  They only real difference is that the cinematic technology is much more advanced.This is not necessarily a negative.  I love the above movies and they are sweetly innocent in their way.  And so is Spielberg's latest: The BFG...Visually, the movie is big and bold and colorful.  There is something very childlike and wonderful about exploring a world that is magnitudes larger than yourself.  I think that it touches on that perspective we had as children but lost as we grew up, where the world seems so horribly huge and wondrous.  And there is some real beauty to the world created that children will very much love. The big problem with the movie is its complete lack of depth.  ET was a children's movie that didn't talk down to children.  The parallels to ET are there: lonely child and lonely fantastic creature form an unlikely friendship.  In fact, not only Spielberg the director of both, but both movies are written by the late Melissa Mathison.  Yet The BFG feels like adult filmmakers have taken a knee to get eye-level with their audience and talk in slow small words so we can understand.  This may be a result of the source material (I have not read it).  But if that was the case, more depth could have been added.  The Lion, the Witch, and the Wardrobe (one of my favorite books) does not have incredibly sophisticated character relationships and development.  But in the movie version, the filmmakers wisely added dimension to the story.  The BFG could have benefited from such treatment. 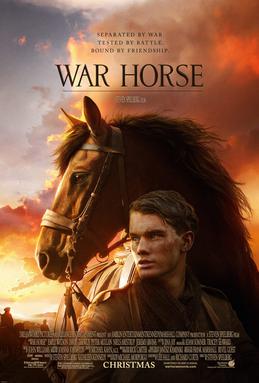 War Horse is an ensemble movie about World War I where we get to encounter different episodes in the lives of people throughout the war by their interaction with a horse.  This movie could have been right up Spielberg's alley if they had stayed with the first story.  But rather than feeling an interconnectedness to all the action, it worked against the purpose.

This may sound like a very strange analogy, but in the 1980's they made a cartoon show about R2-D2 and C-3PO called Droids.  At first I watched it every week.  But then they did something strange.  Every few episodes, the droids would get a new set of masters so that the entire cast would change except for the main two.  As a result, I found I could not get attached to any of the stories because I knew that these characters would go away sooner rather than later.

War Horse has the same effect.  Spielberg still uses all of his power to tell the story with emotional power.  The shots of the horse running through the battlefield are harrowing.  But the horse is not the main character and the horse is not enough to carry the emotion of a movie that needs the audience to deeply care.  When we do return to characters, instead of feeling mini-nostalgia over seeing them again, we think, "Oh, I forgot all about him already."  Once again, Spielberg is let down by the script.

#26 - The Adventures of Tintin 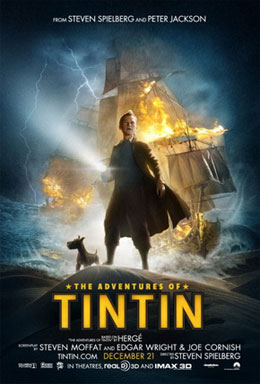 This co-directed animated feature along with Peter Jackson is actually an incredibly impressive and visually dynamic movie.  The chase scene through the city is particularly bold and thrilling.  Like The BFG, this movie probably works best if you look at it through the eyes of a child, but also like The BFG, it feels as though the movie is talking down to the audience.

The movie also suffers from the same thing that Peter Jackson faced with his King Kong remake: over-enthusiasm for the source material.  Now, there is nothing wrong with being in loved with the source material.  In fact, in the case of The Lord of the Rings, this paid out great creative and financial dividends.  But in King Kong, Jackson assumed that the audience was as enthralled and nostalgic for the original movie as he was.  This resulted in an over-indulgent narrative.  Tintin suffers from the same problem.  Spielberg and Jackson clearly love the source material, but its look is odd and dated that it makes it hard for modern audiences to relate.

#25 - Indiana Jones and Kingdom of the Crystal Skull 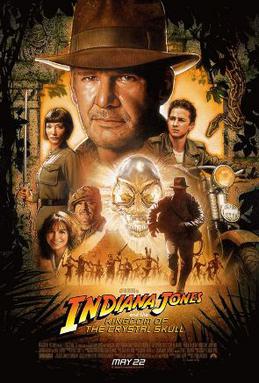 I would go so far as to say that this is the only bad Indiana Jones movie.  I lay most of the blame on George Lucas, who gave the story a McGuffin that does not fit the rest of the franchise.  In addition, this movie is shot like the Star Wars prequels, actors surrounded by green-screen.  The original Indiana Jones movies were shot like the original Star Wars films, with as much practical sets as possible.  This is especially important for Indy, because he is an archeologist.  The places he travels have to feel tangible and ancient.

But Spielberg does not get a pass here.  He was clearly not as careful to craft a visually compelling story.  Think about the scene where Indy receives his vision from the crystal skull.  All we have is him tied to a chair, looking uncomfortable.  Couldn't we have received at least flashes of what was going on in his brain?  And even if we didn't, compare that scene to the one where Indy gets brainwashed in Temple of Doom, and you can see the difference.  But the worst is the re-introduction of Marian.  She is arguably the most important romantic lead for Indy.  Go back and think of the scene where she is first introduced in Raiders and how iconically she was lit and filmed.  Everything about how she appeared on camera made her one of the great on-screen heroines.  But when she shows up in this movie, it lands with a thud.  THIS IS MARION!  But she makes an entrance that would find its home in any sitcom.  I could almost feel Spielberg's exhaustion in making this film and that is one of the reasons it is so low on his list.

That is not to say the movie is not without merit.  The chase through the college is fun and Mutt Williams is not as bad as everyone remembers.


Posted by Catholic Skywalker at 7:44 AM