Sunday Best: Ranking the Doctors from Doctor Who (Modern)

The premiere of the new season of Doctor Who is tonight and we will find out what new things Jodie Whittaker will bring to the role.

So I thought it would be a good idea to look back on the modern Doctors from the show and rank them.

The 8th Doctor is the one that is more difficult to place.  He only has two appearances (not counting books, comics, and radio): the Fox TV movie and the online short film "Night of the Doctor."  Even though he only appears in these two areas, I've decide to add him to the Modern Doctor Who.

Here are the modern Doctor ranked from least to greatest.

The 8th Doctor never quite got a chance to find his voice.  He found a strong following on his radio adventures, but we never got to really see all of his potential play out.

But in the "Night of the Doctor," Paul McGann gave us a full character performance in the space of a few minutes.  He is able to display the classic insane hubris of the Doctor.  When told he only has four minutes to live he says, "Four minutes? That's ages. What if I get bored or need a television, couple of books. Anyone for chess? Bring me knitting."

But in the end he is the one who tragically chooses to give up being the Doctor in order to be a warrior.  He is doing more than sacrificing his life; in a sense he is sacrificing his soul.  When told that his new regeneration will hurt, he responds, "Good."  He is a noble man who makes a terrible choice for the best of reasons.

5.  The 9th Doctor (Christopher Eccleston)
I always found Christopher Eccleston's take on the Doctor a bit too alien.  His emotional repsonses were so far away from normal human reactions that he felt a little bit like Ford Prefect from The Hitchhiker's Guide to the Galaxy.

But Ecclestton opened the door to the modern take on Doctor Who.  And beneath that exterior, we could see the wounded soul underneath.  The plastered smile was a mask hiding his terrible pain and guilt and his recklessness was a distraction from the nightmare he left behind.

4.  The War Doctor (John Hurt)
Though we really only got to know the War Doctor in "The Day of the Doctor," John Hurt used all of his skill to get us one of the best Doctor Who performances.  The War Doctor wears his age on him like battle scars.  Whereas other "older" doctors would always have a glint of mischief in their eyes, this Doctor is nothing but burden and sorrow.

He spends the entire episode wrestling with a genocidal choice that will make him both savior and Satan.  He is beaten down and with almost no hope to go on.  But watching that smallest of embers fan into a flame, it is exhilirating.

This is the favorite Doctor of many modern fans.  He was the Doctor when the show really took off in popularity in America.  I am convinced that bowties made a comeback as an acceptable fashion accessory because of him.

Matt Smith filled this Doctor with all kinds of mischievous fun.  And he created a psedo family around himself with Amy, Rory, and River.  The 11th Doctor was the center of a cosmic storm that always seemed about to devolve into chaos until the man in the bowtie was able to turn the tide.

The 11th Doctor was the magical, chaotic wizard of a fairy tale that totally throws ordinary life into dissaray and you couldn't be happier.

2.  The 12th Doctor (Peter Capaldi)
I was not a fan of Peter Capaldi's Doctor for almost his entire first season.  But then in his second season, I was absolutely blown away.  The "older" Doctor wore the wounds he carried with him from his previous two incarnations.  Not as bubbly as the last version, he carried with him a prickly edge.

But this was a Doctor with a lesson to learn.  Watching him grow from his first appearance all the way through to his final one was such a joy.  While most of the other Doctors grow a bit, this Doctor has a complete character arc where he learns that in the end, kindness is one of the only things that matters.

Capaldi gave us some of the best Doctor Who performances I've ever seen.  His smoldering intestity was enough to burn a whole throught the TV.  He is so angry because he feels so deeply.  He speech about war in "The Zygon Inversion" was one of the most memorable of the entire series.  His perpetual resolve in "Heaven Sent" still gives me chills.  And I will never forget his final speech:

You wait a moment, Doctor. Let’s get it right. I’ve got a few things to say to you. Basic stuff first.  Never be cruel, never be cowardly. And never ever eat pears! Remember – hate is always foolish…and love, is always wise.  Always try, to be nice and never fail to be kind. Oh, and….and you mustn’t tell anyone your name. No-one would understand it anyway. Except….Except….children. Children can hear it. Sometimes – if their hearts are in the right place, and the stars are too. Children can hear your name.
But nobody else. Nobody else. Ever.
Laugh hard. Run fast. Be kind.
Doctor – I let you go. 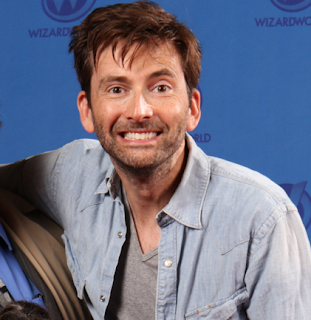 I do not believe that anyone will be able to surpass David Tennant as the ultimate Doctor.  He felt modern and ancient.  He was silly and tragic.  He was heroic and terrifying.  He was hopeful and harsh.
He was full of charm and intelligence and a strong beating heart of compassion.  You wanted to be friends with him, to impress him, to be him.  You dreaded him saying the words "I'm sorry.  I'm so very sorry," because he would mean it and those words would mean something horrible has happened to you.
Tennant gave such a rich performance that it is hard to put into words.  His Doctor was not an angel but was subject to vices like jealousy, arrogance, and wrath.  But he always put other before himself in a way that wasn't saintly nor that of someone with a narsistic martyr complex.  He put others first because it was the right thing to do, even when all he wanted to do was save himself.  He was a man who wanted to be indulgent and weak but his character was too strong to allow it.  The misery of his virtue was real, but that misery was more joyful that any earthly delight.  Watch the 10th Doctor's last 15 minutes on screen in his final episode and dare your heart not to break with his.

Posted by Catholic Skywalker at 6:59 AM